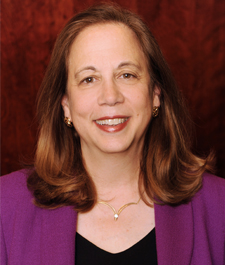 Lucille Fontana, Esq. is one of the founding partners of Fontana Giannini LLP. Lucille graduated first in her class from Pace Law School in 1981. Since then she has represented many hundreds of injured people, and the families of those who have died. She has obtained many million dollar plus results at trial and settlement.

In 2001 Lucille was the recipient of the New York State Bar Association Award for Attorney Professionalism. The Award cited her “superb representation” of her clients and her “zealous advocacy, integrity, civility, and sensitivity.”

She was selected for induction into the prestigious American College of Trial Lawyers which limits its membership to no more than 1% of a state’s lawyers. She has received the highest rating from Martindale Hubbell for 30 consecutive years and has been selected to Super Lawyers for 8 years. In 2019, she was selected as a Top 25 Super Lawyers in Westchester County.

In her 39 years of practice, Ms. Fontana has had an outstanding record of successfully prosecuting and resolving the claims of those she has represented. Her individualized attention has resulted in many clients who are more than just satisfied. They recognize, and are grateful for, her tenacity and caring.

"Lucille, we can never thank you enough for all you have done for us. Not only as an outstanding attorney, but also your kindness and caring led us through a very complex and scary process. You are awesome and we will always be grateful."
"Words cannot express how grateful we are to have had you by our side during the hardest time in our lives… God Bless you for all that you do for families like us. Thank you from the bottom of our hearts for the never-ending compassion, dedication and tenacity you bring with you wherever you go."
Read More
Back to Top

The information you submit is not considered private and should not be construed to be a formation of a lawyer/client relationship.